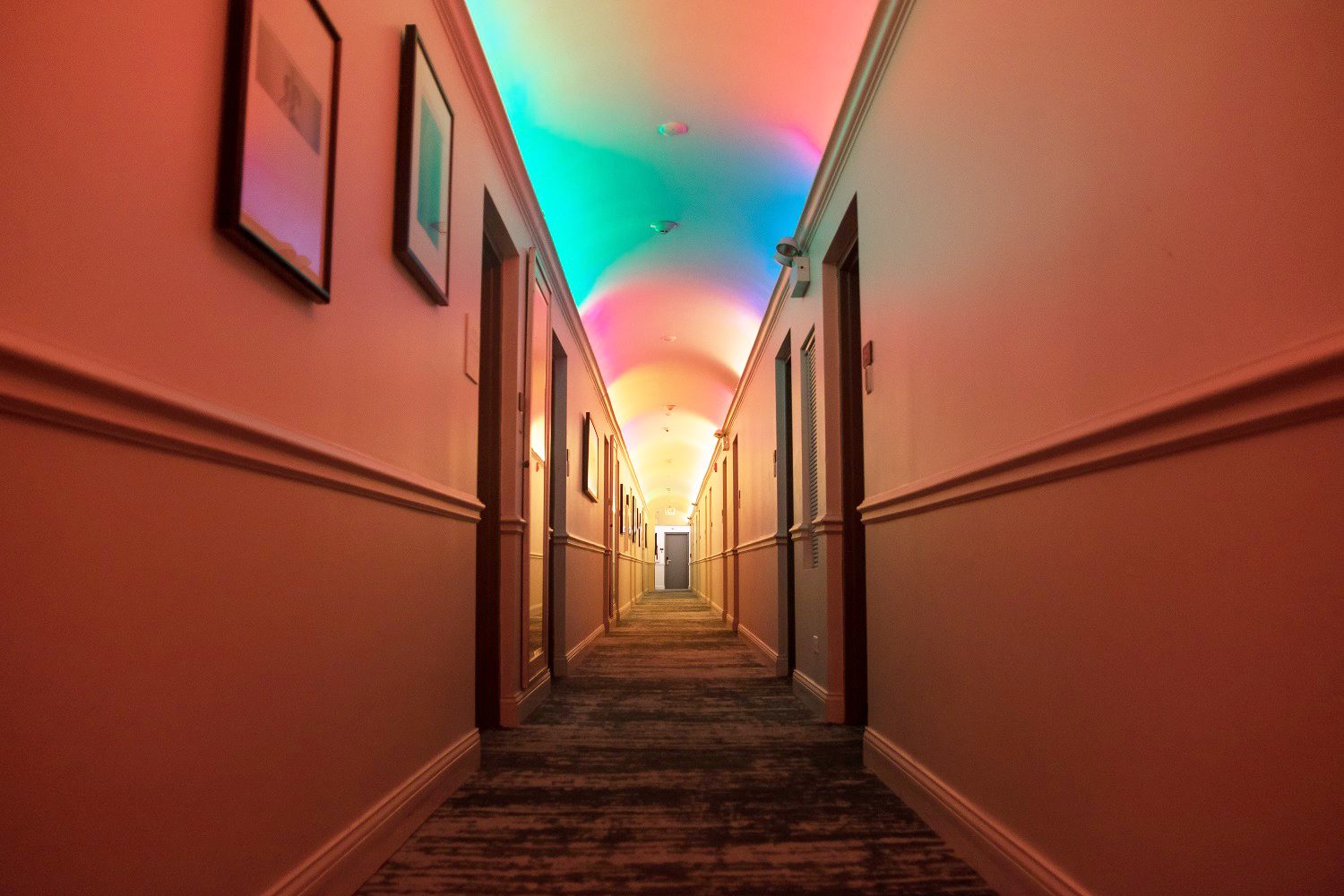 In association with Hotel Chicago West Loop’s art “Annex” – Chicago’s newest hotel/gallery fusion, a groundbreaking street art exhibit will debut this spring inside the independent boutique hotel located at 1622 W. Jackson. Following a call-to-action that received nearly 70 submissions, two of Chicago’s most recognized urban artists, JC Rivera and Asend, have been chosen to lend their inspiration to hotel guestroom renovations by creating original wall murals that celebrate Chicago’s essence. When not in use, the featured mural rooms will be open and on public display – as is the rest of the Annex which houses nearly 100 pieces of renowned works.

The artwork on permanent display is ever-fresh to the traveler, but Hotel Chicago West Loop hopes to branch out with its first Urban Mural Exhibit initiative officially opening in April. “We want to offer something that appeals to locals and identifies with Chicago,” said General Manager Juan Monroig. “To achieve this, we’re giving platform to locally-based street artists to help us remodel.”

The Annex currently encompasses the lobby and all four guest hall spaces, featuring 2-D media (primarily photographic) works. The Urban Mural Exhibit, perhaps the first of its kind in Chicago, aims to add another element to the hotel museo concept by pulling visitors beyond the public space and into the guestroom for viewing. The two internationally-celebrated featured artists, who are receiving a stipend from Hotel Chicago West Loop to cover project expenses, are tasked with creating floor-to-ceiling wall murals inside a selection of guestrooms on the first level that are based on themes that celebrate the city like architecture, music, food, diversity, etc. The mural installations will begin this February and go on display indefinitely by late March. A public opening reception and viewing will be hosted in honor of the Annex Urban Mural Exhibit and its artists sometime in April (date TBD).

The Annex boasts an impressive permanent collection, all of which is on public display, and plans to host future programming with local cultural partners such as galleries, university art programs, and area artists to bring new, cutting-edge exhibits – including more street murals both inside and outside the hotel – on a rotating basis. To further support the local arts community, Hotel Chicago West Loop also engages in an art appreciation charitable endeavor. When a guest books any room at any time with special code “ANNEX,” 10% of the room rate gets donated to Arts Alliance Illinois, the state’s leading non-profit voice for the arts and arts education. Room rates at Hotel Chicago West Loop start at $119 nightly.

About the featured artists at the Annex Urban Mural Exhibit:

JC Rivera
JC Rivera is an artist based out of Chicago. He has been a staple in the scene showcasing his immense skill in illustration, painting, toy design and more for the past 9 years. He has done various works from t-shirt design to logos to illustrating books to commission pieces to murals and beyond.

He is most known for his signature character the Bearchamp which can be seen as murals all over Chicago, Miami, LA, Puerto Rico, UK and Barcelona as well as featured vinyl and resin toys at the famous Rotofugi and Pobber Toys. He has been featured on numerous websites, blogs and print magazines. Some of his other notable achievements include winning best Kracka in Kidrobot’s Munnyworld Contest, participating in Secret Walls, having his custom Mega Munny featured for Hyundai on their RE:MIX Lab tour, Won Cut&Paste “characterized “ designed competition, and he was tapped by Redbull for their Canvas Cooler event. JC partnered with Saucony for a weekend residency painting the exterior of their shop and hosting workshops in Indianapolis.

JC has significantly expanded his interior mural portfolio over the past year with such clients as Capital One Digital, Spotify, Three Floyds Brewery, Havas, Energy BBDO, Quarter 20, Parlor Pizza and 1871/Tech Stars.

Asend lives and works in Chicago. He is the current artist in-residence at Gallery on Wells, located at 637 North Wells, Chicago, IL. He began his career as a graffiti artist during the 1990’s, evolving as a versatile graffiti artist and muralist with works on display throughout the United States and abroad.

Asend’s graffiti works explore a Chicago-style graffiti lettering. Known for his sharp linework and bold color palette, his artistic efforts have attained global recognition in the increasingly popular arena of graffiti art, and many of his murals can be seen in major cities throughout the U.S. and as far as Tahiti; where he participated in Tahiti’s first street art event, the ‘Ono’u Festival’ (2014). More recently, Asend traveled to Beijing, China and Ulaanbaatar, Mongolia as a guest of the yearly street art event ‘Nomad Ink’ (July 2017).

Asend’s works also extend to photo-realistic portraiture, still life, and landscapes with detailed precision. His versatility and ability to explore different painting techniques have allowed him to evolve as an artist with an open vision. As a result, his works have been commissioned for projects and commercial campaigns for clients such as Nike, Pandora, Chevy, Verizon, Motorola, Space Jam, Jimmy Dean, and Coca Cola. Lastly, Asend was recently selected as artist in-residence at Gallery on Wells, a luxury high rise located in Chicago’s River North Gallery District, where he will teach painting classes and create murals throughout the development in 2017.

35 other people are looking at Hotel Chicago right now.

19 other people are looking at Hotel Chicago right now.

30 other people are looking at Hotel Chicago right now.

38 other people are looking at Hotel Chicago right now.